SkyMall, a direct marketer based in the United States, is accepting submissions from inventors.  For more information, click here.

Here is a useful video about product packaging from inventor Arik Bannister.  Good tips on creating inexpensive packaging for your product are presented as well as where to get packaging products. 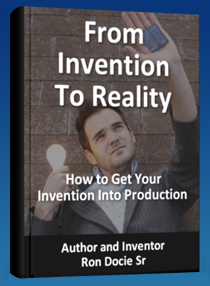 Many inventors struggle to get their idea developed into a real product that sells. We asked inventor and author, Ron Docie, Sr. to share how to turn an invention into reality. The resulting ebook, “From Invention to Reality: How to Get Your Invention Into Production” is available via a free download at http://www.inventiontoreality.com.

Many inventors worry about people stealing their ideas. Yet at the same time, most inventors never seem to be able to get their invention developed.

This free ebook covers the most common questions asked by inventors. It tells readers how to protect their ideas, the steps of product development, whether to manufacture or license the product and even how to tell if your invention will sell.

These answers come from Ron Docie, Sr who has over 30 years’ experience in getting inventions into production. His own inventions are found in thousands of retail outlets. As an agent for inventors, Docie has negotiated licenses with such companies as General Motors.

Here is a good and informative video presentation issued by the United States Patent & Trademark Office, titled „From Concept to Protection“.  Hosted by John Calvert, Administrator of the Inventor Assistance Program and Tony Knight, Supervisory Patent Examiner, the 17-minute long presentation covers explains what to do when you have an idea and how to patent it. 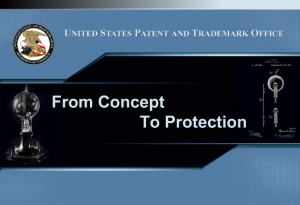 Current trends and outlooks are also identified. Such trends include:
– Slowdown in patent grants worldwide, however utility model activity continues to grow.
– North East Asian countries file the highest number of patents per GDP.
– For the first time, the United States Patent and Trademark Office (USPTO) granted a higher share of patents to non-resident applicants compared to resident applicants.
– The majority of the top 20 IP offices saw growth in the number of industrial design applications, while the majority of the top 20 IP offices saw a drop in the number of trademark applications.

Of special interest is the subreport on „the Impact of Economic Crisis and Recovery on Innovation“.

Some excerpts from the subreport are included here: 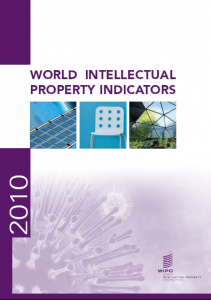 To the extent that investments in innovation such as R&D are long term in nature, short-term fluctuations in the business cycle should only have a limited impact on investment in innovation. However, in the context of an economic downturn, R&D investments and the introduction of new products or processes decline due to reduced cash flows, decreased demand for new products/processes and increased business uncertainty, including uncertainty concerning the size of the future market.

As part of their stimulus packages, most governments of high-income economies, as well as a select number of fast-growing middle-income economies, have pledged to avoid cutbacks in science and R&D or to even increase spending.

Most major economies have emerged from recession, and many middle-income economies have returned to fast pre-crisis growth rates. The first signs of recovery are also apparent in the greater availability of venture capital since late 2009, and there appears to be a modest recovery in R&D spending. In addition, preliminary data for the first six months of 2010 point to renewed growth of PCT applications.

The crisis is likely to have a lingering impact on IP filing behavior in 2010 and 2011, which – based on lessons from past crises – is likely to be more pronounced for patent than for trademark filings. Thus, while trademark applications are expected to return to healthy growth in 2010 and 2011, recovery in patent applications is bound to be more modest.

The post-crisis world economy is likely to see faster rates of economic growth in low- and middle-income economies – especially in East Asia and India. The corresponding geographic shift of innovative activity, as measured by R&D expenditure and IP filings, that  has been ongoing for a number of years is bound to continue. Despite their detrimental effect on revenues and cash flows, economic crises can offer opportunities for rationalization, the acceleration of structural changes, new entrepreneurship and “creative  destruction” – elements that are only incompletely measured by R&D expenditure or IP filings. The true overall impact of the crisis  and of recovery on innovation – be it positive or negative – is likely to become apparent only over time.

The SIIF takes place under the patronage of the Korean Intellectual Property Office (KIPO) as a platform for patent information exchange and technology transfer to help individual inventors, researchers and enterprises applying for patents and commercializing their inventions. Representatives from patent offices, technology transfer organizations and IP related institutions from all over the world will be expected. A symposium on marketing and commercialization will complete the programme. 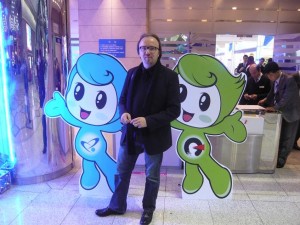 SIIF 2010 ist the Largest Annual Invention Fair in Asia : A Gateway to the World Market
– Is organized to market your inventions and to promote information sharing.
– Is a 4-day event where inventors and researchers showcase their new ideas and products to manufacturers, investors, distributors, licensing firms, and the general public.
– Marketing experts, IP information suppliers, patent attorneys, and technology transfer firms will also participate in the exhibit to help participants commercialize their inventions.

– Will feature a symposium on marketing and commercialization.

– Stems from the Korea Patent Technology Exhibition, a national exhibition of outstanding inventions that has been held since 1982.

I’m looking forward to beeing there again. See you in Seoul.