Presidents, especially the US ones, always attract a lot of attention. But there are some facts that aren’t commonly known. Well, that Barak Obama is the first African-American US-president and that he received the Nobel Peace Prize 2009 doesn´t sound new. But did you know that John F. Kennedy was so far the only Catholic American president and that he won a Purlitzer Prize. 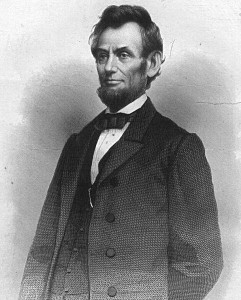 And Abraham Lincoln? Do you know that he was the only United States President to hold a patent?

Want to know more? Read some quotes from about.com: Lincoln had a strong interest in new technology. As a young man he took a boatload of merchandise down the Mississippi River. At one point the boat slid onto a dam and was set free only after heroic efforts. In later years, while traveling on the Great Lakes, Lincoln’s ship ran afoul of a sandbar.

These two similar experiences led him to conceive his invention. In 1849 Abraham Lincoln received a patent for „A Device for Buoying Vessels Over Shoals“. Abraham Lincoln whittled the model for his patent application with his own hands out of wood. It is on display at the Smithsonian Institution National Museum of American History.

The invention consisted of a set of bellows attached to the hull of a ship just below the water line. After reaching a shallow place, the bellows were filled with air that buoyed the vessel higher, making it float higher. The invention was never marketed, it was discovered that the extra weight the device added increased the probability of running onto sandbars, defeating the purpose of the invention. 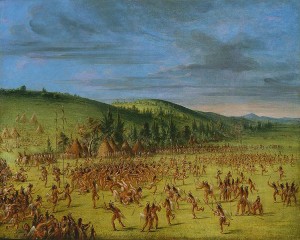