Although the deadline has already passed for the upcoming award in 2012, it might be interesting for all inventors to learn about another opportunity to gain fame and recognition. The European Inventor Award, which is one of the most prestigious awards an inventor can win, has been launched by the European Patent Office in 2006. This award gives the inventors the recognition they deserve and also pays tribute to creativity of the inventors, who use their skills in different fields to improve people’s lives. 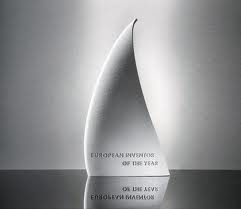 In 2012 the ceremony will take place in Copenhagen, Denmark on June 14, in cooperation with the Danish EU Council Presidency, the Danish Patent and Trademark Office as well as the European Commission. Although there are different categories in this award, it is open to the public and anyone can submit an entry. The different categories are Industry, SME’s, Research, Non-European countries and Lifetime achievement.

The award is a sail shaped trophy, which was designed by a German industrial designer called Miriam Irle. The sail, which is a symbol of pioneering spirit, is made of a different innovative substance every year. Aluminium, porcelain, glass have been used among many others in the recent years. In 2011 the trophy was made of Arboform, a bio-plastic material which had won an award in the previous year. All candidates for the upcoming award had to submit their inventions by October 6, 2011. The winners will be announced in February 2012. We are all looking forward to the ceremony in Copenhagen and some great new inventions.