The inventor’s Trade Fair iENA Nuremberg is the international hub of invention for four days. As the only trade fair of its kind in Germany, the iENA, International Trade Fair for “Ideas-Inventions-New Products”, invites you to the Nuremberg Trade Fair Center from October 28-31, 2010. Global economic problems are increasing interest in innovative product ideas and real problem solutions. With this background, the iENA was able to set a new record last year with almost 800 inventions from 33 countries and specialized visitors from 44 nations. 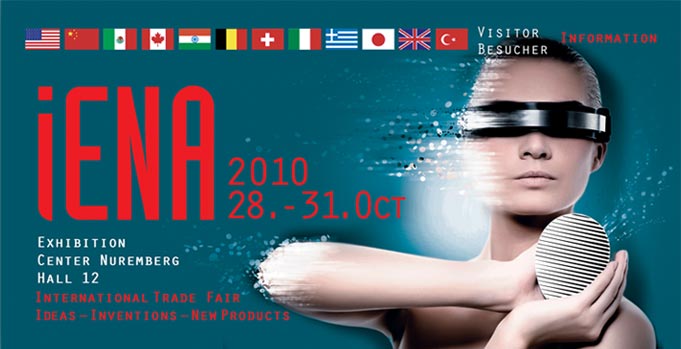 The iENA 2010 will once again impressively demonstrate that the creativity of inventors is nearly inexhaustible. Due to the strong exhibitor demand, the organizer, AFAG Messen und Ausstellungen, considers it likely that the record turnout from the previous year will be repeated. The high level of exhibitor satisfaction at the last trade fair in 2009 should also contribute to this. In a questionnaire, 75% assessed the contact opportunities at the iENA as very good and good, 17% were satisfied and only 4% were dissatisfied. Around a third of all exhibitors were able to make deals during the trade fair.
On the first two days of the iENA, only specialized visitors have access. On October 30/31, the general public can also get an overview of the newest inventions.